Here is the presentation for today’s notes.

If the embedded version is not working, click on the link below to go to the Google Slides presentation.
https://docs.google.com/presentation/d/1rsfzjXCC9s9ZeuFEa5ZB1orj2gwxxkQSL1SstPpxStw/edit?usp=sharing

Here is a video clip that reviews how evergy flows through an ecosystem and covers nutrient cycling.

**Remember that Omnivores can be primary, secondary, or tertiary consumers depending on what they are eating**

Keep in mind that energy flows ONE WAY through an ecosystem, while nutrients are RECYCLED.

The following video is from the BBC and takes a look at the communities at the Abyssal “smokers.” These are the vents that are on the abyssal plain that lack the benefits from sunlight. Remember what we said about chemotrophs…

If this is the path you want to take for your create-a-creature, you may want to check out some of the links here.

Most importantly have fun with the assignment. It is meant to be both challenging and fun. 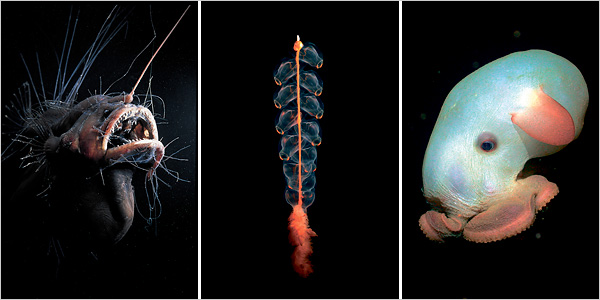 I thought I would give you a video to watch that takes a look at our consumption and the “footprint” it leaves on the world around us. This is taken from National Geographic.

A little video clip to help you review the dynamics of populations within an ecosystem.

For furthur information check out the following website: http://www.eoearth.org/article/Population_ecology

Here is some information on demographic transition:

Followed by a video on an example of the impact of such a transition in China:
http://www.youtube.com/watch?v=H4OWJlyaHt0&NR=1

This video does a pretty good job simplifying and summarizing what we covered in class today.

Followed by a National Geographic Video on Global Warming…

Climate change was largely to blame for the collapse of the Mayan civilisation in Central America more than 1,000 years ago, research suggests.
By the middle of the 8th Century there were up to 13 million people in the Mayan population but within 200 years their cities lay abandoned.

The Mayans built complex systems of canals and reservoirs to collect rainwater for drinking in the hot, dry summers.

Despite this there has long been speculation that the whole population was wiped out by drought, but there has not been enough evidence to support this theory.

Now research published in the journal Science suggests that climate change was indeed a major factor.

To investigate the Mayan decline, scientists studied the ancient build-up of sediment on the sea floor just off the northern coast of Venezuela.

They discovered layers of deposits in bands of alternating dark and light colours each about a millimetre deep. The light bands consisted of algae and tiny fossils, while the dark bands were due to sediments of the metal titanium.

The scientists say titanium was washed into the sea by rivers during the rainy seasons. Shallower dark bands, which indicate lower levels of the metal, show the rivers were flowing more weakly. The researchers say this was because there was less rain.

They have worked out that in the 9th and 10th Centuries, probably just before the Mayan civilisation collapsed, there was a long period of dry weather and three intense droughts.

Archaeological evidence suggests that one reason for the Mayans’ initial success over other societies was that they controlled the artificial reservoirs.

If this is true, the scientists say the drought could easily have pushed the whole civilisation to the verge of collapse.

The German scientist who led the research, Gerald Haug, said this had serious implications for climate change today.

“A three-to-nine-year drought, which could be a failure of the monsoon systems in Africa or in India, and in particular the change in the background state of climate… is a very severe threat to modern humanity,” he told BBC News Online.